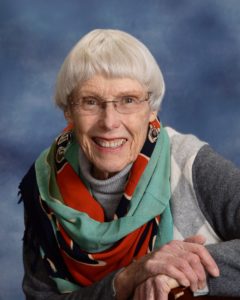 This Sunday, October 13, Pope Francis will canonize the Englishman, Blessed John Henry Newman. Some of the reasons for Newman’s canonization as a saint are also the reasons why centers that serve the religious needs of Catholic students on non-Catholic campuses are named “Newman Centers.” These are first, his holy life lived in the service of the Church, a holiness marked by heart-to-heart, cor ad cor prayer, his service as a theologian and educator, and his devotional writing.

John Henry Newman (1801-1890) was an Oxford student then professor, an ordained Anglican priest, a convert to the Roman Catholic Church, and a Catholic priest and member of the Congregation of the Oratory. He was founder of the Catholic University of Ireland that in 1909 was absorbed into the National University of Ireland. In 1879 when Pope Leo XIII made Newman a cardinal, an honor he accepted on condition of not being ordained a bishop, Newman understood his calling and his road to holiness through heart-to-heart listening to and conversing with God. As a pastor and as an educator, he wanted always to touch minds, but never without also touching hearts. His great contributions in actions and in writings are in education: The Idea of a University still read by educators today as an ideal for higher education; in sermons and poetry, for example: “the Dream of Gerontius” and the hymn, “Lead Kindly Light”; and as a theologian.

Meditations and Devotions, gathered and published after Newman’s death, are available today in many editions and a variety of contents. In a brief look at the contents of the edition edited by Ian Ker, a noted Newman scholar, we find his devotions for the month of May are devoted to the Virgin Mary, while in John Henry Newman: Selected Sermons (The Classics of Western Spirituality), we find Newman’s conviction that the source of true piety is sound teaching. Here is one of his best known hymns: Lead Kindly Light.

I was not ever thus, nor pray’d that thou
Shouldst lead me on.
I loved to choose and see my path; but now,
Lead thou me on!
I loved the garish day, and, spite of fears,
Pride ruled my will. Remember not past years.

So long thy pow’r hath blest me, sure it still
Will lead me on
O’er moor and fen, o’er crag and torrent, till
The night is gone.
And with the morn those angel faces smile,
Which I have loved long since, and lost awhile!

When Newman turned to patristic studies, he became convinced that there had to be a firm authority protecting the church from error in the midst of so much seemingly valid argument and sometimes not-so-valid beard pulling among the bishops and theologians attending the early and always contentious councils. That authority, he determined, was the Catholic Church, and he was led to his conversion to the Roman Catholic Church. He also understood that doctrine develops (Essay on the Development of Christian Doctrine) that presents the fruit of his struggle to accept the doctrine of Infallibility. Before he could convert to the Roman Catholic Church, he had to struggle with the idea of the church as infallible and in time, the definition of Vatican I (1871) that the pope is infallible when he defines a doctrine concerning faith or morals was held by the whole church.

Newman, the Student and Educator

His study of the Council of Nicaea (325) also convinced Newman of the importance of an educated laity. Newman’s extended study of the council of Nicaea and its aftermath convinced him that it was not enough for the council, the Ecclesia docens (Teaching Church), to defend the divinity of Christ and the equality of the three Persons of the Trinity, but that the heresy of Arianism might have prevailed had not the majority of the laity, the ecclesia discens (Learning Church), rejected Arius’s subordinationism. Arius argued that God the Father is the only eternal, creator God; the Son is a subordinate created god, god Jr. so to speak; and the Holy Spirit is a kind of messenger god, subordinate to the Son. The Nicene Creed that we say every Sunday affirms the equal divinity of all three Persons of the Trinity. Newman was deeply impressed by the necessary role of the faithful in the final defeat of Arianism.

As a student at Oxford, as a professor, as a pastor, and as the author of the still influential Idea of a University, in every aspect of his life, Newman was a student and scholar, one who studies throughout life, and an educator, one who shares not only content and method, but also the love of learning itself that must — as did the greatest educator, Christ — educate the heart: cor ad cor loquiter, heart speaks to heart.