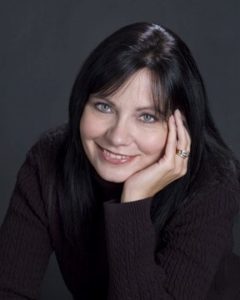 In a study of 43,000 college students at 66 institutions, nearly one in 10 reported they were homeless in the last year, which means that they had at least one night where they didn’t know where they were going to sleep.

The study, by Sara Goldrick-Rab, a Temple University professor and leading national researcher on the problem of college student homelessness, is highlighting a growing problem: College students who face food insecurity or homelessness.

That may surprise some people, especially as Columbia sees hundreds of students fill some of the new, amenity-filled housing complexes on and off campus. But what Goldrick-Rab points out is that while some students find that they can stitch together enough financial aid to attend classes, there are often no additional resources to pay for housing and the basic necessities of life. Such students may be the first in their family to attend college and have no family resources to help, or they may be from middle-class families who have simply run into bad luck and can’t help the students financially.

While there is a federal policy in place that has clear requirements for school districts to help homeless students from kindergarten to grade 12, there isn’t a post-secondary policy with a single point of contact for college students.

As a result, many communities and universities are stepping up, providing resources such as living accommodations and food pantries to help such students. In Columbia, for example, the Tiger Pantry distributes 3,500 to 5,000 pounds of food a month to anyone with a University of Missouri ID, which includes international students, undergraduates, staff, and faculty.

The students who are going hungry or “couch surfing” with friends in an effort to find somewhere to sleep at night may not be communicating their need to anyone. They may be embarrassed or believe that they will be able to make it without outside help. They may have suffered deprivation all their lives and have developed the attitude of just trying to survive day to day on their own.

The Government Accountability Office finds that only 29 percent of college students today are “traditional students,” which means they enter college right after high school. Most students — 71 percent — follow less traditional routes and may even have children of their own to support.

While the federal government’s Supplemental Nutrition Assistance Program (food stamps) provides Americans with food assistance, nearly 2 million students who may have been eligible for the benefits didn’t receive them in 2017. It’s believed that SNAP’s confusing and complicated rules may have contributed to the problem.

Jesus and his disciples didn’t just talk about helping those in need — they backed it up with action. “Suppose a brother or a sister is without clothes and daily food. If one of you says to them, ‘Go in peace; keep warm and well fed,’ but does nothing about their physical needs, what good is it?” (James 2:15-16).

We can no longer make the assumption that just because someone attends a college or a university that this person must have the necessary financial resources to “make it.” Each of us is called to pay more attention to that classmate or that college student sitting in Mass. Could this person be hungry? Does he or she know where to sleep tonight? If so, what are we as followers of Jesus called to do?

The Food Bank for Central and Northeast Missouri
www.sharefoodbringhope.org
(573) 474-1020

Room at the Inn
www.roomattheinncomo.org