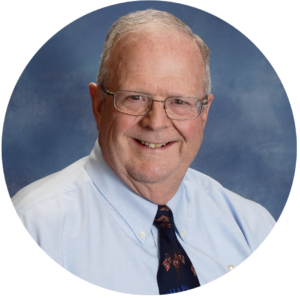 For many, Memorial Day means the beginning of summer. To others, it is a day off to play golf, fish, or go shopping. But Memorial Day has a much deeper meaning … that may be getting lost.

The holiday, created in 1868 by an organization of Union veterans, was initially called Decoration Day and meant as a time for Americans to put flowers on — decorate — the graves of over 600,000 men who died in the Civil War.

Today, Memorial Day is a day for us to remember, honor, and celebrate all those who have died in military service to our country since its inception: over 1.35 million men and women!

The word “memorial” comes from the Latin “memorare,” which an imperative meaning “Remember!” So Memorial Day is “Remember!” Day. To remember something is to allow it to be present in our minds and hearts such that we are grateful, sober, aware, and different. This is a day to remember that there were men and women who died so that you and I are able to live with greater security, justice, and peace.

What is honor? The full etymology of the word is debated. But what seems most likely is that it comes from the Latin word honos, which, though translated as “honor,” also points to the word “onus,” which means “weight” or refers to something that is heavy. Hence, to “honor” someone is to appreciate the weight, significance, or burden of something they have done. It is to acknowledge that they carried a great burden well, that they withstood a heavy load, that what they did was substantial and significant.

Finally, Memorial Day is a celebration, which reveals that our blessings are not based on entitlements, as some may think. Rather, they are due to the actions of countless citizens, who placed duty, honor, and country ahead of apathy, pride, and security. They chose to enter unfriendly and uncompromising environments and, despite the risks, persevered to the end. The rewards of their efforts have gone on to shape our society — past, present, and future.

War remains controversial … as well it should. But our soldiers do not create the politics they are sent to support. They are simply told that there is a danger to be addressed, an injustice to be ended, and so they go. Over the decades, so many have been sent; so many did not return.

The love of one’s country — patriotism — is related to the fourth commandment. The Catechism of the Catholic Church teaches: It is the duty of citizens to contribute to the good of society in a spirit of truth, justice, solidarity, and freedom. The love and service of one’s country follow from the duty of gratitude and belong to the order of charity (CCC #2239).

Isaiah, the great prophet, envisioned a time when swords and spears would be turned into plowshares and pruning hooks (Isaiah 2:4). As we remember our fallen soldiers, may we also cling to the dream of a day when it will no longer be necessary to build memorials to those killed in battle as peace flowers among all humankind.

The Lord Himself makes it plain: “No one has greater love than this, to lay down one’s life for one’s friends” (John 15:13). At its best, Memorial Day is a civil and military echo of a profound theological truth: that God, who “…is love” (1 John 4:8), sacrificed Himself so that we might live (1 Peter 2:24).

Those whom we remember, honor, and celebrate today have left behind a path that even the darkest moments cannot dampen. Let us offer up prayers for their souls, along with our sincere commitment to live our lives in ways that will reflect their light for an entire nation to see. We owe these fallen soldiers both a debt of gratitude and our prayers. May they rest in the sleep of eternal peace.