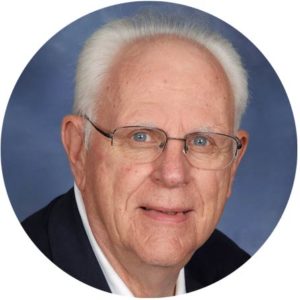 I think we probably all have to admit that the Advent and Christmas seasons are “Angel Heavy.” However, Angels do seem to play a significant role in our Catholic Tradition; they also often show up in our culture. I am sure many of us have watched the movie “It’s a Wonderful Life” and maybe even “Angels in the Out Field.” There were also TV shows like “Touched by an Angel” and “Highway to Heaven.” Somewhere I also remember a song “Earth Angel” — can’t remember the singer. Of course there is the most notable angel of all, the Guardian Angel who erased the blackboard for Bishop Sheen on his TV program “Life is Worth Living.”

Those of us who are Pre-Vatican Two and Cradle Catholics and who attended Catholic grade school might recall seeing a picture of a Guardian Angel, escorting a girl and boy, on a rickety bridge over a rushing river.

There is Biblical evidence that Angels can protect us from danger. Consider that an Angel set Peter free from prison (Acts 12:7). In the book of Daniel, an angel helped protect Daniel in the lion’s den. An angel kept the three men from being harmed in a fiery furnace. Do Shadrach, Meshach, and Abednego sound familiar? Angels also show up frequently in the Old Testament, especially in Genesis.

Angels are embedded in our Church Tradition. We celebrate the feast of Guardian Angels on October 2. The Catechism of the Catholic Church (CCC) has 27 full paragraphs concerning angels beginning with paragraph 327.

I would like to give you some facts that I was made aware of about angels as I was preparing this article:

Yes, I agree that these Angels are still a mystery that often leads to confusion and maybe overactive imaginations. I don’t know about you, but it leads me to hold Angels in a warm and affectionate light. Let me tell you why.

I was ministering to an elderly lady in one of our hospitals for some time, so I had the opportunity to get to know this 98-year-old lady. Soon it was inevitable that the end was coming and she was placed on “comfort care.” During the time we spent talking, she confided in me that she had a devotion to her Guardian Angel all her life. She told me that when it came time for her to die, her Guardian Angel would come for her. She saw her Guardian Angel at the window of her room earlier in the day. I asked her if she would like to receive Holy Communion. I gave her Communion as Viaticum. She said, “I am waiting for my Angel.” She turned toward the window. Soon she fell into a coma. I came back several times, but there was no change. Before going home, I stopped back to see her. This time her family was present. We said some prayers. She opened her eyes, looked toward the window, smiled, and whispered, “My Angel is here.” She died shortly afterward facing the window. A family member said it looked like she had a smile on her face.

As I said before, Angels are a mystery to us, but so what, we still need to hold them in a warm and affectionate light.

Angel of God, My Guardian Dear, to whom God’s love commits me here. Ever this day be at my side, to light, to guard, to rule, and guide me. Amen.