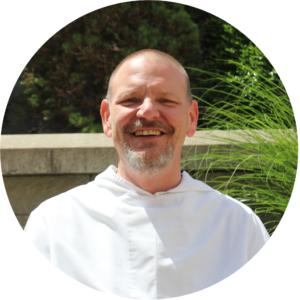 Jesus really was an amazing preacher! In this week’s Gospel Jesus shows how he could preach to anyone in his audience. Have you ever considered which group you belong to? It might open up a great number of ways for all of us to grow in our love and admiration for Our Lord. And, if we are honest, challenge us to own up to the fact that in all probability we are members of all the groups to which he spoke. Here is what I mean.

There were basically three groups to which Jesus was preaching to in our parables this weekend. The first was the group of everyday faithful who came to learn from our Lord. You know, the folks who are at church every week and try hard to follow Our Lord’s teaching. The second is those who are struggling with the notion of who the God really is. People who, for what ever reason, have not heard or really begun to understand that no matter what, God’s love and forgiveness is far greater than we could ever imagine. Perhaps they feel lost and alone. Maybe they feel that their actions (the really bad things they have done) have placed them beyond God’s ability to forgive. And of course, the third group was the pharisees whose pride, social status in Jesus’ day, and strict adherence to the rules gave them “permission” to judge all those around them; those who had lost sight of the fact people are more important than rules, customs, and power.

In the parable of the lost sheep, who do you relate to? The one sheep who wandered away? One of the “good” sheep that did not? A shepherd who only saw the lost sheep’s value as property? Or one who cared for the lost sheep? Or perhaps one who thought lost sheep was not worth the effort to save because it made its decision to leave the flock?

In the parable of the coin, where do you see yourself? As someone who sees the coin as money being most important thing? Someone who is willing to celebrate their thriftiness and brag to friends about how well they manage wealth? Or, as the coin who, for ever reason, left the safety of the pouch?

In the parable of the lost son, who do you relate to or judge as being the most foolish? The “bad” son who didn’t realize how good things were and felt they were owed more by the father? One who never understood just how much the father loved them and turned to what the world had to offer instead? The one who realized they needed help? Or, the “good” one who couldn’t see how much the father deeply loved him? The son who forgot the father’s willingness to help him do any good thing? The one who felt that because they did what was right, they need not help those struggling? One who felt they were better than those who were “bad”?

Luckily, this is not where Jesus stopped His lesson! He was trying to get us to see God’s forgiveness is much greater than we think. It does not matter whether we are the shepherd or one of the sheep, if we are the person looking for the coin or the coin itself, or if we see ourselves as any of the Father’s children who make selfish mistakes or feel we are better than others and judge them. OUR FATHER is always willing to take us back and lavish us with His Love!

To be honest, I can say at times I’ve played all parts Jesus mentioned in His teaching this week. Despite that, I trust as long as we try hard to be the person Jesus wants us to be, we’ll be okay and receive gifts greater than we can imagine. Now! This, my sisters and brothers, is the GOOD NEWS we celebrate. Pass it along to everyone you meet.