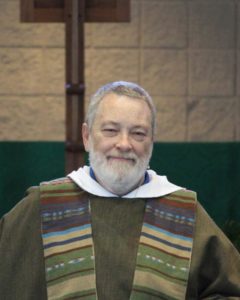 I have a theory. It has been developing over the past couple of weeks as our community has experienced a challenging storm around Church doctrine and how we relate to it. So I ask your indulgence and two or three minutes of your time as I share this idea.

In the time of Jesus, the Scribes, the Pharisees, the Sadducees, and the priests of the Temple taught and preached the doctrine of the Jewish faith. Their approach was to promulgate the practice of following the 613 laws that good Jews were required to attend to. The following of those laws will bring them at last to the “Greatest of the Laws”: loving God, neighbor, and self. Their stance was that strict, unquestioning compliance was tantamount to loving and honoring their God — Yahweh. They were committed in their sincerity and belief that their approach was the only one acceptable to that deity. And they had been operating that way for quite some time.

Along comes Jesus, an itinerate rabbi with no synagogue as a base of operations and no formal training in the holy texts, and he begins to speak about following the law and the importance of doing so. But it is not the same as the Scribes and the others. He associates with the marginalized, the outsider; he heals the sick and lame, heedless of the time or day. He touches the dead, those suffering from diseases, the “unclean” of his day.

These opposing approaches were the flash point for Jesus and the Jewish leaders. The confrontation was inevitable; the outcome is known to all. But the point had been made: Jesus’ ministry, founded solidly on the doctrine of the Jewish people, changed history.

The Disciples and those who followed the Way took Jesus’ example to heart; they ministered to the marginalized, to the disadvantaged, sick, and homeless. And the centuries rolled down — the Church standing in the forefront of caring for the unloved, through plague, disaster, famine, or pestilence — and so grew Church doctrine.

We find ourselves today in a Church divided. Church doctrine is fundamental and should be upheld. However, it can be followed rigidly or with pastoral sensitivity that begins with love God, neighbor and self. The battleground is the ministries and apostolates of our Church. To whom should we be ministering? How should we be expending our energies? Are we entitled to ignore, judge, condemn and still claim to be the Church of Jesus Christ? Can we still claim to walk in the foot of our Messiah, who challenged us to follow him, to feed the hungry, care for the marginalized, and those unclean? Can we really stand on doctrine and claim that we are not called to ministry?

I believe that we can operate from the Church doctrine and still be steeped in the Corporal and Spiritual works of mercy. Not sure what they are? Here’s a refresher:

Spiritual Works of Mercy: Counseling the doubtful, instructing the ignorant, admonishing the sinner, comforting the sorrowful, forgiving injuries, bearing wrongs patiently, praying for the living and the dead

Corporal Works of Mercy: Feed the hungry, give drink to the thirsty, shelter the homeless, visit the sick, visit the prisoners, bury the dead, give alms to the poor.